Friday, January 4 it was finally time to go to London. With a limited budget, luckily supplemented by our sponsor PJH Verhuur, we went on a ‘training’ weekend to London. André and Frans had done a lot of work in the kitchen to provide the group with delicious sandwiches and soup so we would leave with full stomachs. In addition, the first beers tasted very good. Around 18:30 we took our players bus to Hook of Holland with a total of 42 men. Thanks to Michel for arranging this!

Once we arrived on the boat we immediately found a nice spot at the bar and the boys played some cards. In addition, Jur’s birthday was celebrated. With 4 men per hut almost all went well. Not everyone went to bed on time, but that wasn’t what the weekend was for actually. On Saturday morning we were awakened early after arriving in Harwich. Our bus was waiting for us to take us to the hotel near Hyde Park.

We arrived here around 9:00 in the morning and although some of us immediately wanted to freshen up, we were too early to go straight into the rooms.

Everyone was free to explore London in groups themselves. One group went directly to Piccadilly Circus and another group went for a walk in Hyde Park. That’s the best big park of the city. Most of them mastered traveling with the Oyster Card very quickly. Everyone arrived in time at the Charlton Athletic Stadium, an authentic old English stadium in the middle of a residential area. 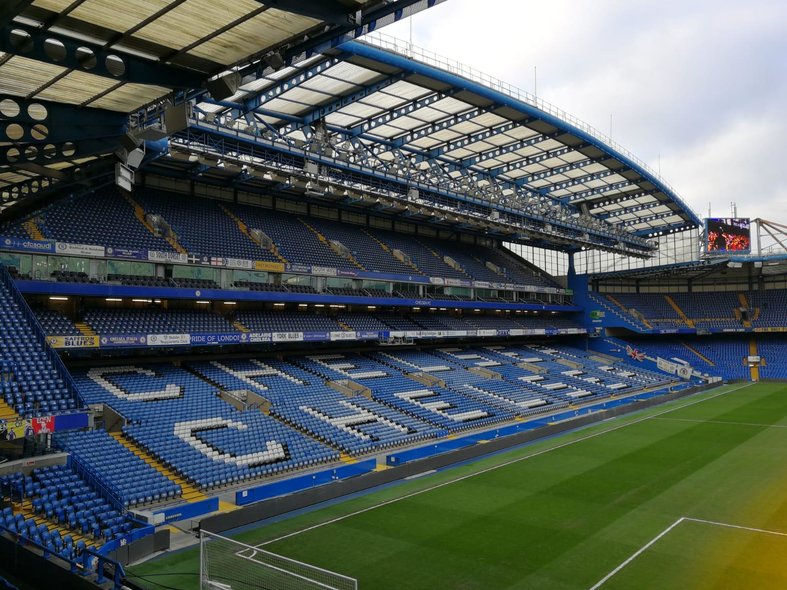 Our goal for this weekend was visiting Charlton Athletic against Sunderland. A big player in the League One. In the first half of the game Sunderland clearly was the strongest player and ended up 0-1. However, there was a lot of struggle and passion like real English football is known for. In the 2nd half Charlton put on the pressure and the game became a lot more fun. Charlton quickly reached 1-1 with chances on getting it to 2-1, but unfortunately that didn’t happen. After all, we were supporting Charlton. The cold feet and hands could then be warmed up again in the underground on the way to the hotel. Moving a little here and here, but Kees, our Travel Agent, had everything under control.

An hour of freshening up and changing clothes in the hotel room did wonders for most people. Ready for a night out, we took the metro to the Pub The Admirality at Trafalgar Square. The chicken wings were tasty spicy, the main courses, steak pie and haddock, were great and the desserts, a brownie or apple pie were fought for. Not everyone liked the beer, so we went looking for another bar to have another drink. That was not easy, actually. The boys were more fortunate and might have had a better preparation what clubbing concerns. Because of the fact we could have breakfast until 11:00 on Sunday morning, there was some time to sleep in for a few hours.

At breakfast the group slowly showed up one by one. One of the boys had his eyes opened slightly more than the other, but in the end everyone was well on time for departing to the Stamford Bridge of Chelsea stadium. The stands, press room and changing rooms, dugouts (with music towards the field) and the catacombs and fan shops were fun to see. A number of the boys went to the FA-cup match of Fulham after.

All the boys were well on time at the station (credits for the boys!) and almost everyone still had their train ticket. Once seated, the boys took another drink and played some cards. The 3 hours have flown by very fast. Michel was already waiting for us in Rotterdam with the Vios players’ bus to transfer us back to VELO. We arrived there at around 22:00, we said goodbye and exchanged a thank you to the organization. To Travel Agency Uniglobe: thanks for the excellent organization and support. We loved that Raymond, on behalf of the board at the last minute, still had the chance to join. That is how we immediately got to know him better.